Jordan, a 14-year-old girl lived at home with her parents and two younger siblings. As she developed into her teenage years, she was a normal weight but worried about her size and shape. She began comparing herself to girls in her school or women in the movies/tv-shows she watched. She began to view herself as being too heavy.

Jordan began looking at her body critically in mirrors. She would notice how her thighs touched or the skin on her sides in negative ways. She began to diet, on and off, but then slowly, all the time. At 15, she decided to become a vegetarian in order to cut more foods out of her diet. She was 5’4 and weighed 125 pounds, and by her 16th birthday, she dropped to 105.

Instead of being relieved by her weight loss, she continued to believe she was too heavy. She began weighing herself several times a day and began isolating herself as a result. Her parents began to worry about her reclusive behavior and rapid weight loss. They urged her to eat more and would monitor her eating habits daily. Six months later, she would weigh 95 pounds. Her parents finally took her to a doctor to have her evaluated. Jordan was then diagnosed with anorexia nervosa, the restrictive type.

“[It’s] like fighting an invisible argument every single second of every single day. Like having a little bully sitting on your shoulder all day, every day, criticizing every single thing you say, do, eat and think” – Emily A.

In this article, we will be discussing what an eating disorder actually is, what causes them, and more information specifically about anorexia. If you or someone you know is suffering from an eating disorder, you are not alone. We hope this article is a good place to get started identifying warning signs and looking for treatment options.

What Is an Eating Disorder?

Eating disorders are behavioral conditions that are characterized by persistent and severe disturbances in eating behaviors. These are often associated with distressing thoughts surrounding eating. These are very serious and can affect one’s physical, psychological, and social well-being. The most common eating disorders include anorexia nervosa, binge eating disorder, bulimia nervosa, avoidant restrictive food intake disorder. However, there are many more.

All together, eating disorders affect up to 5% of people. They often develop during adolescence and young adulthood. They are more common in women (particularly anorexia and bulimia nervosa) but can occur in anyone regardless of age or gender. Eating disorders are associated with anxiety surrounding the consequences of eating certain foods. People will often restrict their eating, avoid certain foods, binge eat, purge, misuse laxatives, or obsessively exercise.

Eating disorders do not usually work alone and often coexist with other psychiatric disorders (anxiety, substance abuse problems, and obsessive-compulsive disorder are most common).

A variety of factors contribute to an eating disorder. The first is genetics. Adoption and twin studies have shown that eating disorders could be hereditary. This research shows that, on average, if one twin develops an eating disorder, the other has a 50% likelihood of developing one, regardless of if they are raised together or in separate families.

Personality is another cause. In particular, perfectionism, neuroticism, and impulsivity are the three most common personality traits linked to a higher risk of developing an eating disorder.

Other potential causes include societal pressure to be thin and media that promotes this. ‘Thinness’ is a Western notion. Perhaps this is why some eating disorders appear to be nonexistent in other cultures. However, cultural ideas surrounding thinness are present all over the world. Yet, in some countries, very few people have eating disorders.

Experts recently agree that differences in biology and brain structure could play a role in developing eating disorders. In particular, the levels of serotonin and dopamine in the brain. However, much more research is needed to prove this.

Symptoms You Should Not Ignore

One of the most common symptoms of anorexia nervosa is weight loss. This will often give people skin and bones like appearance. Although, it is important to note that larger people or people at a healthy weight can also suffer. People with anorexia will tend to wear baggier clothes to hide their weight loss.

Amenorrhea is another common and concerning symptom of anorexia in women. Amenorrhea is the result of menstrual periods (one or more) being missed. This can be caused by normal factors (pregnancy, menopause, birth control) but also happens when your diet affects the body’s natural hormone production. This could lead to infertility or trouble becoming pregnant.

3. Obsession with food and calories.

The constant monitoring of caloric intake is a common characteristic of anorexia. People with anorexia might track every piece of food they eat and sometimes memorize the calorie contents of food. Some people eliminate foods from their diet entirely.

People with anorexia are depriving their bodies of nutrition and energy needed to function properly. Fainting and dizziness are early signs to watch for. This is caused by low blood pressure, which is not normal for healthy individuals. Fainting can be particularly dangerous because it could lead to head injuries.

Irregular eating and low appetite are major signs of anorexia. The restrictive type of anorexia involves the denial of hunger and refusal to eat. Hormone imbalances can provoke a constant fear of gaining weight that results in a refusal to eat.

People with anorexia often exercise excessively to lose weight. One study found that 45% of people with eating disorders exercise obsessively. Among this group of 165 participants, it was most common with those who restrict (80%) and those who purge/binge eat (45%). In teenagers, excessive exercise is more common in women.

These people may feel guilty for missing a workout and often fidget more frequently. This is most common in combination with anxiety and depression. Chemically, low levels of leptin could cause hyperactivity in those who suffer from anorexia.

People who suffer from anorexia often experience depression, anxiety, perfectionism, hyperactivity, and impulsivity. Because of this, people with anorexia do not find pleasure in activities other people do.

Imbalances in hormones (serotonin, oxytocin, cortisol, leptin, and dopamine) can also explain these characteristics. These hormones regulate mood, appetite, and behavior, so abnormal levels could lead to irregular appetite and mood swings. Reducing your food intake can also lead to a deficiency of nutrients that regulate mood.

There are many physical and mental effects anorexia can have on your body. Because of this, treatment is often very involved. Effective anorexia treatment will consist of: nutritional support, counseling, and modification to your behavior (treatment centers, medication, hospitalization). The treatment process looks a little different for everyone, so keep that in mind.

Mental health support alone is not enough to combat anorexia. A patient will need to learn how to change their relationship with food and develop positive, healthy eating habits. The first step of treatment will begin with assessing the impact of the eating disorder. Clinicians will then work to create a sense of positivity surrounding weight gain. They will help their patients increase his or her caloric intake in a safe environment and teach them more about how to better their eating habits.

It can be difficult to change your ways of thinking and go against your habits. This is why therapy is such an important part of the eating disorder recovery process. You will work with someone to develop coping mechanisms and create new patterns.

If you join an inpatient program, you will likely have on-site counseling. However, you may need to find your own therapist at some point during the process. Online platforms are a great place to start looking.

Mental Treat is an online, easy-to-use platform that is designed to make mental health resources accessible to all. We have a variety of licensed mental health specialists who know how to work with individuals with eating disorders. Simply click here to view our platform. Please seek help if you are experiencing any of the symptoms of anorexia or any other eating disorder. You are not alone and a therapist can help you understand that and get to a healthy place again.

Mood disorders can sometimes be the root of an eating disorder. Poor self-esteem or distorted body image perceptions encourage these negative behaviors. Those who suffer from anorexia need to learn how to overcome these feelings and reshape their habits. It will take time, but with proper support, it is possible.

The following five steps are broken down by the National Eating Disorders Association.

1. Precontemplation stage. The individuals in this stage have yet to accept their eating disorders. They are in denial, despite family and friends pointing out behaviors to them. This stage is very difficult because before someone can get help, they have to admit there is a problem.

2. Contemplation stage. During this stage, individuals start to accept their problem and work towards treating it. These individuals are still anxious about treatment and need the most support to move forward.

4. Action stage. Once this individual has the necessary tools and knowledge, they can begin to manage their symptoms and heal. A solid plan with a therapist and nutritionist will be the most successful. Recovery can be hard, but it will be easier with support at this stage.

5. Maintenance stage. This is the six-month mark. The individual will have learned how to implement these tools and be successful on their own. They will still need support, but they are more independent. Relapse is always possible, so remember, if you do engage in old habits, it does not make you less worthy of recovery. It just means you are human.

There is an unwritten sixth stage: termination and relapse prevention. Relapse can happen at any point, that is why it is extremely important to fully understand all parts of the treatment process and demonstrate that they can manage their eating disorder independently. It is always okay to reach out for help, especially out of fear of relapsing.

A Word From Mental Treat

With eating disorders, it is not just the individual who suffers, but their loved ones as well. If your teen is struggling, be attentive. It might be time to look for additional support. If others tell you that they are concerned about you, take a hard look and see if you may be displaying signs of an eating disorder.

Whatever the situation, help is available. We hope this article was informative and helps you learn a little more about eating disorders and anorexia nervosa. As always, take care, and be well. 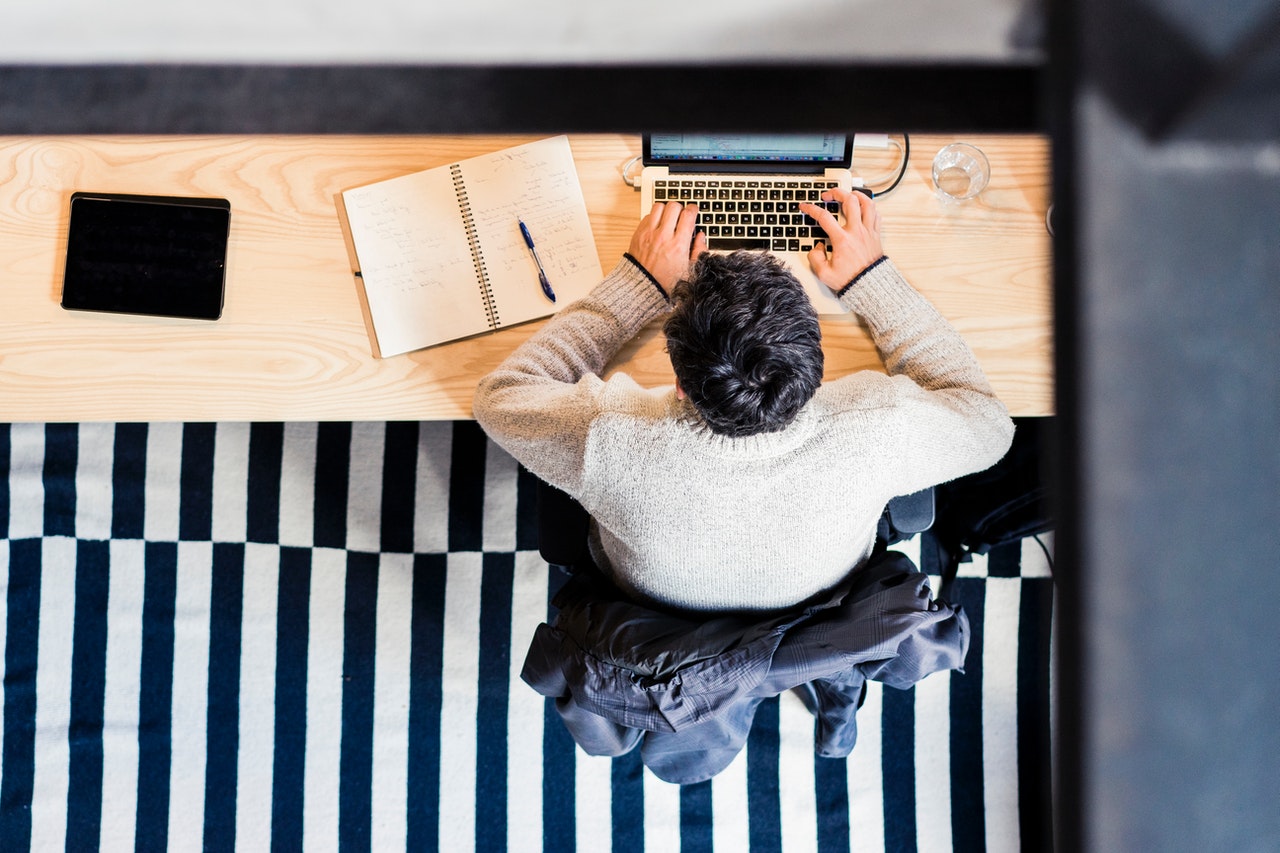 How To Maintain A Work-Life Balance: 7 Tips For Workaholics

While all workaholics have similar tendencies, they are not exactly the same. Some are too careless while others dive into projects without thinking. Regardless, they share the

Coping with Cancer: The Collateral Effects on Children, Family, & Friends

A cancer diagnosis impacts you and your whole family. It is common to be worried about the effect this will have on the people around you.

How To Support A Partner With Cancer

When your partner is suffering from cancer, it can be very difficult to cope. The first step is discussing with them what kind of support they

Being The Boss of Your Mood: How to Control Emotions

Being able to properly express emotions is crucial to your social, personal, and professional success. Emotions are directly related to our responses to situations. When we are

Dealing With Emotions: Your Guide to Healthy Coping

We all become victims of our emotions at one point or another. Whether we are struggling with a breakup or had a rough day at work,

Everything You Need To Know About Insomnia

Did you know you will spend a third of your life sleeping? This is why finding and maintaining the best quality of sleep is so important.